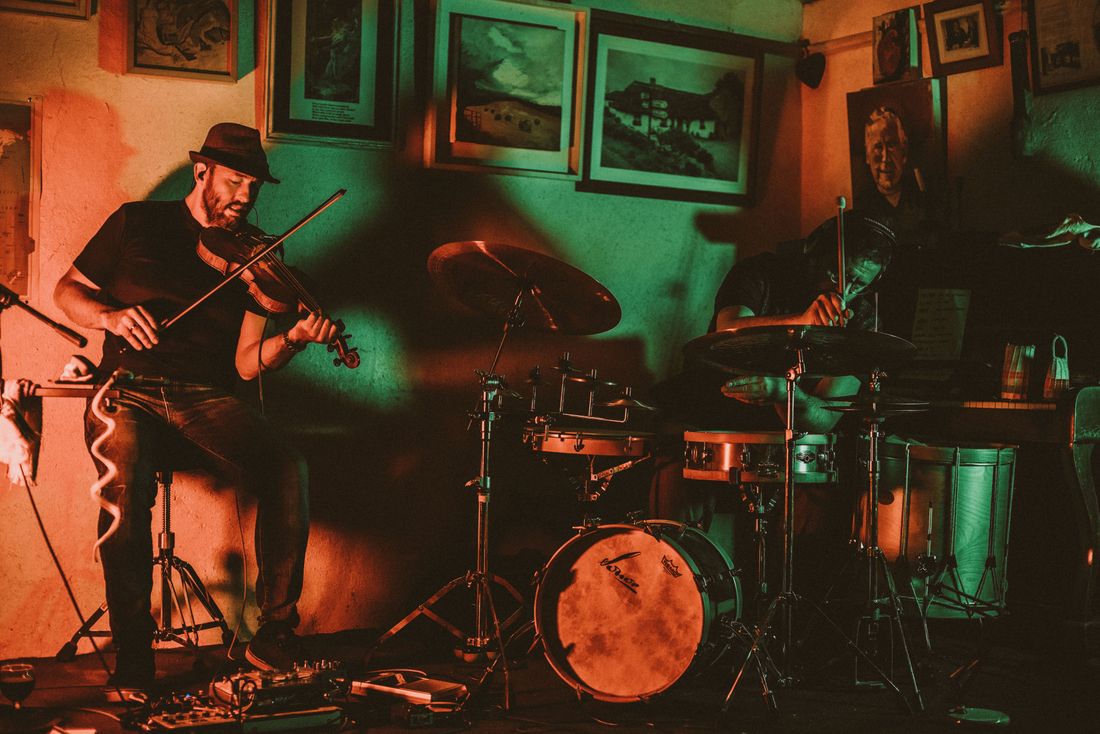 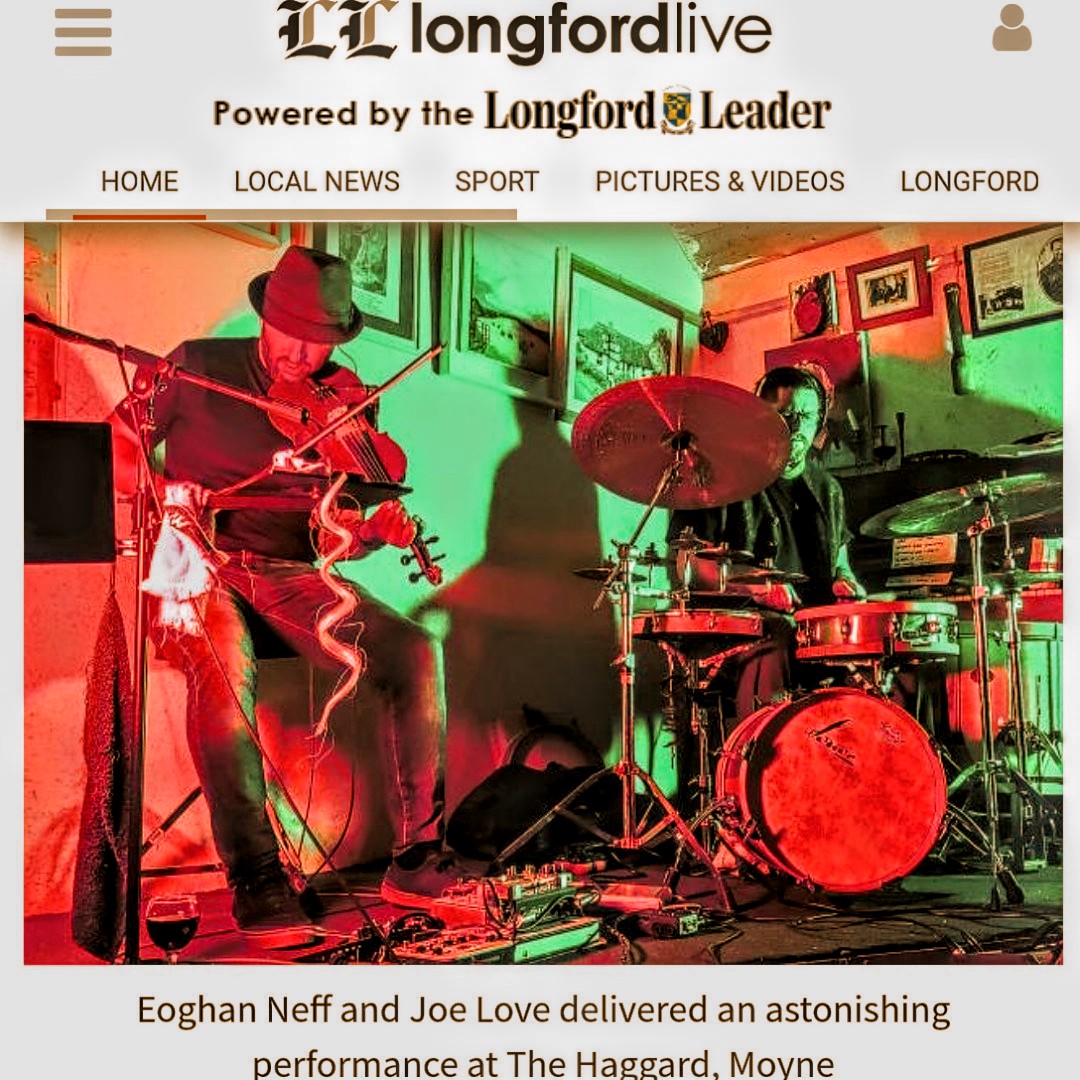 It's the wilds of North Longford, Saturday, October 8. Michael Masterson's famed Haggard. Lured up from County Cork is an experimental fiddle player. There's a spread of tapas in one corner, in the other a drum kit.

Beside the drum kit is a fiddle player, at his feet an array of analogue foot pedals. There's a loop pedal, delays, distortion and god-knows-what hooked up to the DI cable linked to the fiddle.

The Haggard is the embarkation point for a sonic journey that has no specific destination. The point of the journey is the journey itself and Eoghan Neff is the guide. Accompanying him is Joe Love, who's percussion array is as innovative as his companions.

There's little preamble to the set. A rumbling loop of distorted atmospheric audio sets the tone. Neff takes up the fiddle, ukulele style, and plucks a plinking note. It's looped, then another sound layered, an audio beat skeleton is built up with the most delicate subtlety by Love as Neff fleshes out the body with his music.

The player is not so much making the music as wrestling with it. He moulds it into shape, building a setting, the plaintive pules of the instrument gaining mass until it reaches a crescendo, when Neff bursts into a reel.

It's making a paradox of incongruity. In this most traditional setting is someone turning tradition on its head, while remaining true to the reason it has become traditional.

The pedals are not the only devices involved in this black magic music. There's the untethered horse hair of a deceased bow, a small handheld fan repurposed by swapping out its blades for horse hair, a metal disks, a spring and metal bars all eliciting unimagined sounds from the lead instrument. The use of such gadgets evokes Page's cello bow or Hendrix's burning guitar.

The audience witness the progress of Neff's creations from inception to birth. Every cell division, each mutation, the growing burgeon life that is gradually evolved until it becomes the body in which the reels, slides or polkas exist. Each perfect piece is made possible by Love.

In the course of his set Neff has occasion to mimic the Ceili bandmaster shtick of back announcing the tunes played. It emphasises the traditional roots of what he is doing, but it also underlines how far he's progressing it.